Although the Women’s Royal Naval Service was in existence during the First World War, there was not a Met Wrens category. No Met Branch – no Met Wrens! Disbanded at the end of the war and reformed at the beginning of WW2 it was not until the end of 1941 that it became evident that without Met Wrens, the Met Ratings were going to have to spread themselves pretty thin to cover all the jobs ashore and afloat. Leave would certainly have been out of the question and going sick would have been in the ‘too difficult’ box! With all this in mind the Met Wrens category was born and has never looked back. Disbanded for about 12 months in late 1944; ‘Their Lordships’ realised this was a mistake and started recruiting again in 1945 and continued until 1993 when the WRNS was disbanded. Like the rates, whose singular province was going to sea, until 1990, the wrens had jobs and drafts peculiar to them. This section will bring these and others to the fore. 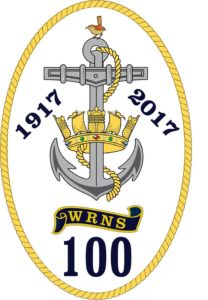